Through exciting international lectures our Ashoka Visionaries gained a deeper understanding of the ecosystem and the new forms of social entrepreneurship.

“The ecosystem work in the Czech Republic has created a conductive environment for changemakers to achieve greater impact”, Ondřej Liška, former Director Ashoka Czech Republic. In the latest edition of the Ashoka Visionary Program he discusses the roots of his work and his broad role as Ecosystem Gardener.

Ecosystem map: “It takes a village to raise a child”

In 2013 Ashoka CEE has identified fostering supportive ecosystems for changemakers as one of its priorities. Since then we have encountered many likeminded citizen sector supporters in our region willing to join forces towards this goal. Together we started exploring the state of the ecosystem in our countries. We have been studying what works well to support changemakers already and what still needs to be improved, or what the systemic barriers are.

Together with partners, Ashoka teams in Austria and Czechia have been co-facilitating such gatherings that have led groups to:

TRAIN STATION | supporting changemakers in bringing their solutions to other places and thus, increasing their impact

SCHOOL | bringing up a new generation of changemakers; inspiring young people and the wider public with the idea of social entrepreneurship as a career path and changemaking as a lifestyle

SUPERMARKET | accumulating and procuring support, pro bono services or products from the private sector to changemakers via platforms

BANK | providing different types of finance for the creation, development and scaling up of effective solutions to social problems 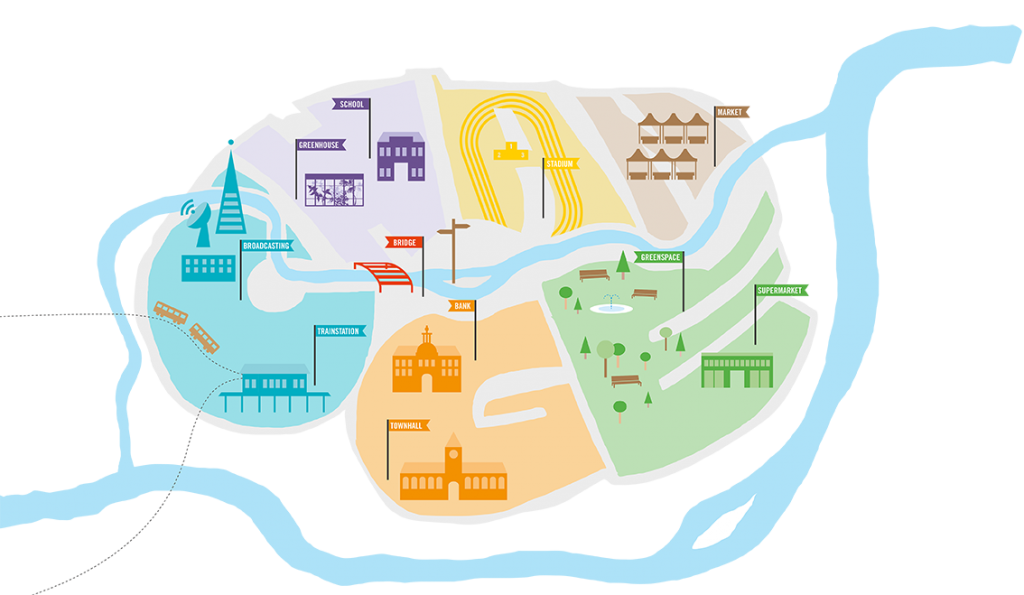