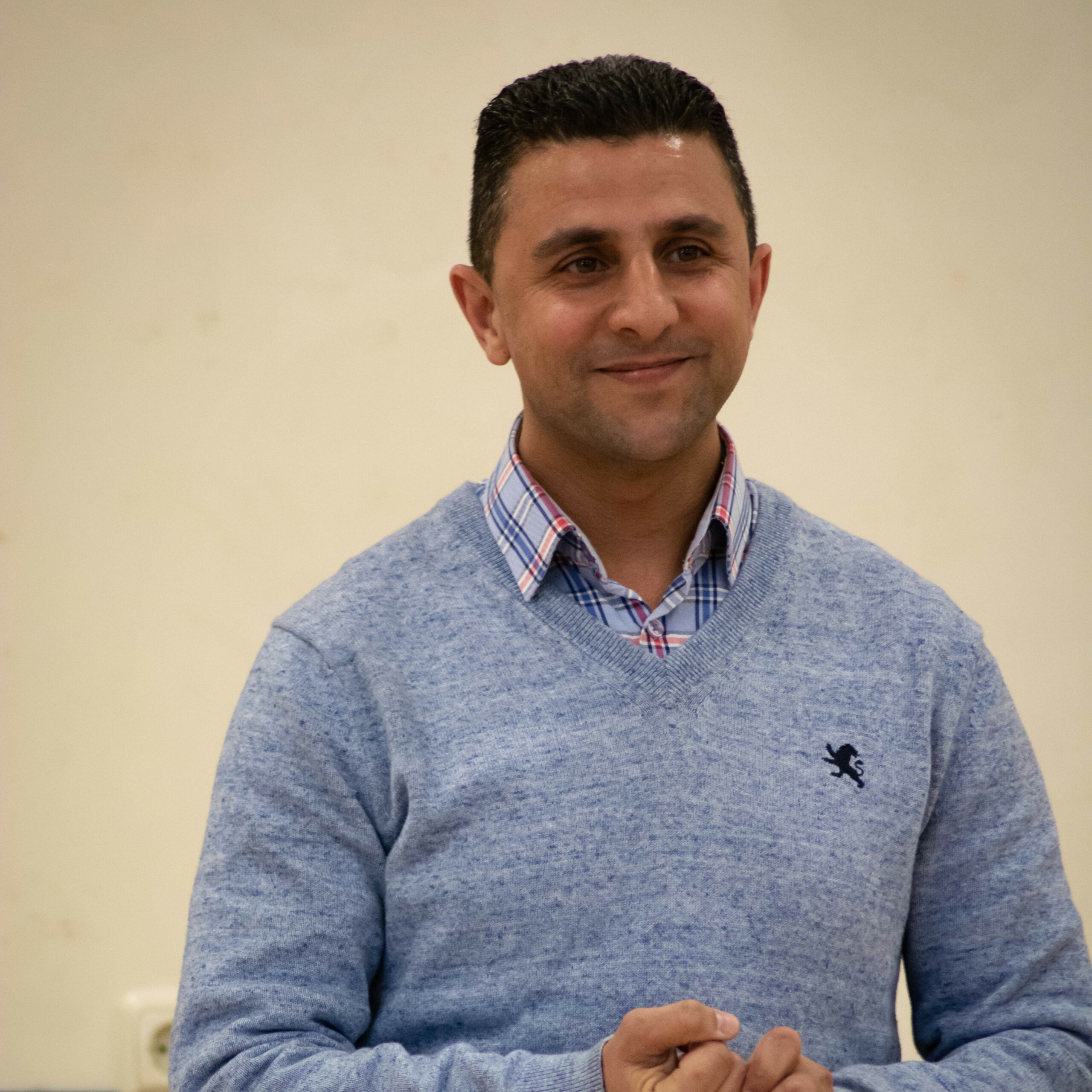 Founder of “Youth without Borders Network”

Jihad started his youth work in 2002 working with the Egyptian ministry of youth and sports as propeller for youth groups in several camps. His passion to youth work propels him to participate in youth activities of other institutions and youth organizations.

He participated in several international, regional and local conferences which focus on youth work and youth development, such as the Youth International conference in Sharm Sheikh in 2007, The third Arab Youth conference in the library of Alexandria in 2008 with a title of “Activating youth turn in media” and in the formulation of final report about the Reality of youths in the Arab world to The UN body in Amman in 2009. Moreover, he participated in the opening of Iraqi Youth Parliament in 2009 with a group of Arab and Iraqi leaders youth as well as participating in training with Euro-Med about Sustainable development in Cyprus in 2006 and in the preparation meeting of “feker 8” conference in Beirut 2009, and was present in “feker 10″conference in Dubai in 2011.

Jihad Shoja’eyeh, was awarded synergos prize of social leadership in the Arab World through his initiation of “From student to student” which objects to fight against poverty using education and got into the international institution “Ashoka” in 2011. My paper a story collection of him has been published with cultural institution in Egypt. He is also active in several Palestinian youth institutions, as he is considered as one of the trainers in the field of youth developing.

Jihad Shoja’eyeh worked in a number of civil society institutions, such as Youth “Sharek Forum”, “Center for Continuing Education of the University of Birzeit”, the center of the democracy and human rights famous, “Shams”, “Aman” Center for psychological and social guidance and the Central Election Commission, also worked as a consultant with a number of international institutions, notably the developmental German Cooperation “GIZ”. The most important achievements at the level of Arab youth is to establish Youth Without Borders network whom the number of its participants today are more than 5240 activist in the field of Arab at youth level, which aims to relay invitations for conferences, training, and scholarships among Arab youth, and the network seeks to develop its existence today as to become the largest youth network of Arab youth.